Posted on February 9, 2015
This past week we celebrated my brother-in-law’s 23rd birthday while enjoying vegan chili and watching the Superbowl! It was great to get together with the family, drink too much and enjoy some good food! 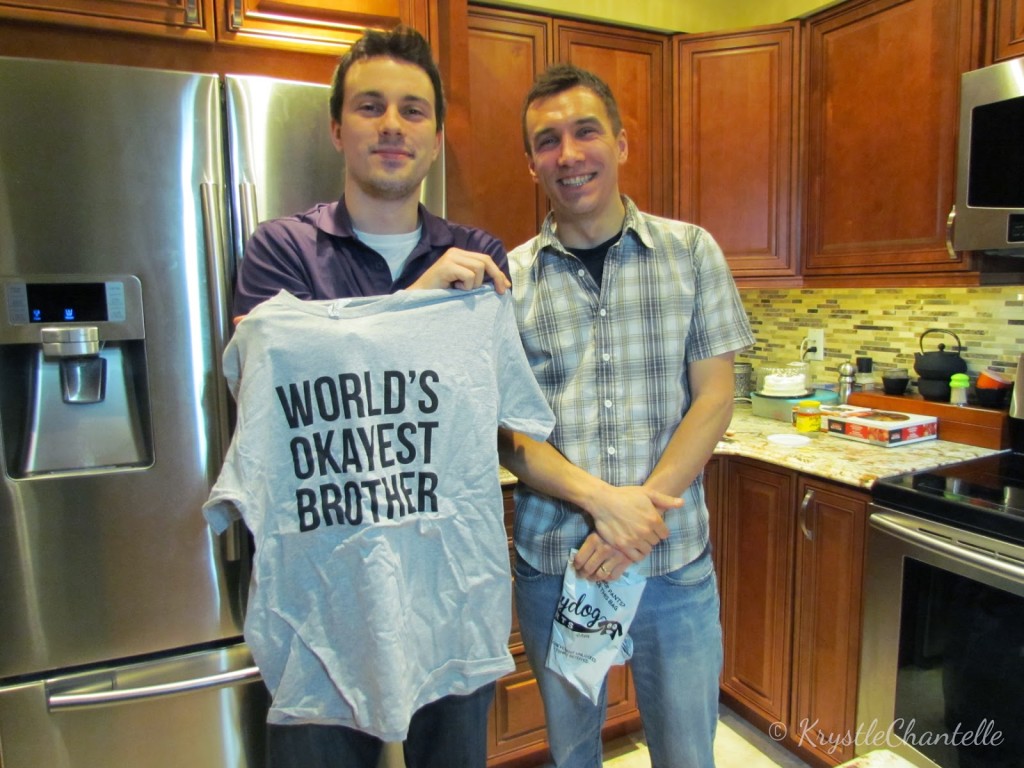 We love to eat our chili with tortilla chips and Daiya cheese sprinkled on top! And of course the best part is always the leftovers! 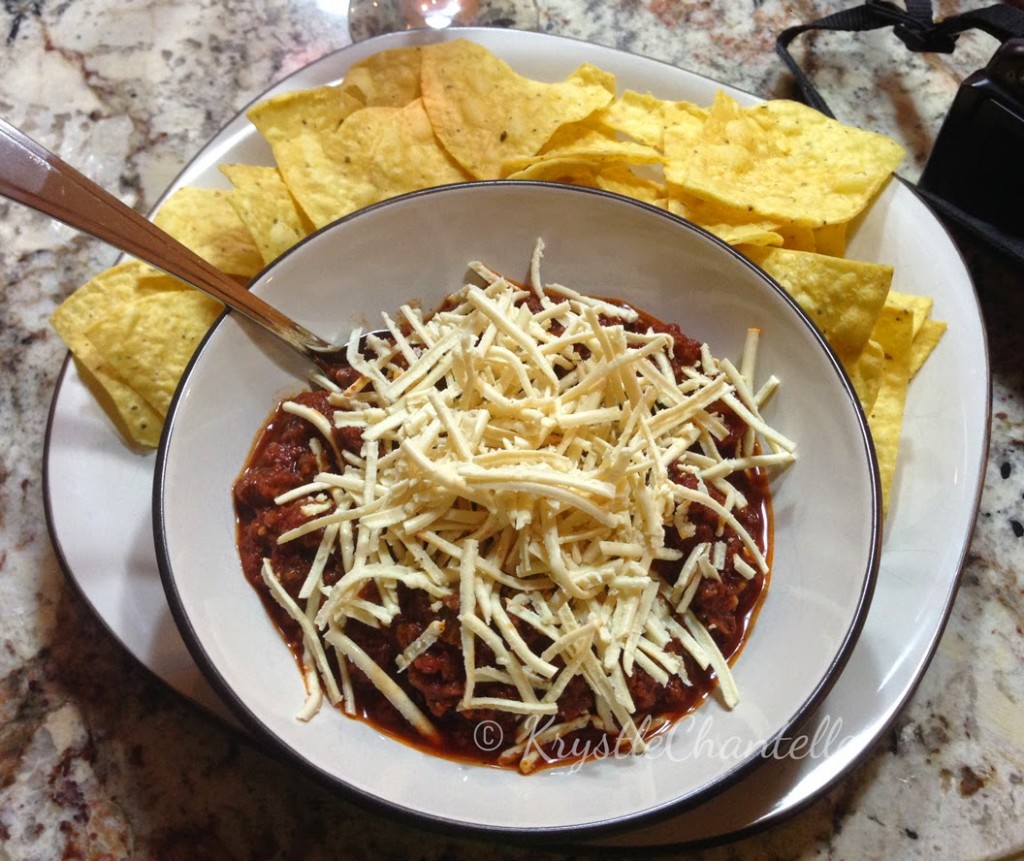 The rest of the week brought with it a ton of snow! Hubby had to take a snow day on both Monday and Wednesday because the roads were too bad to go anywhere! We have so much snow now that it’s become a challenge finding a place to put it all, as the snowbanks have gotten so high! 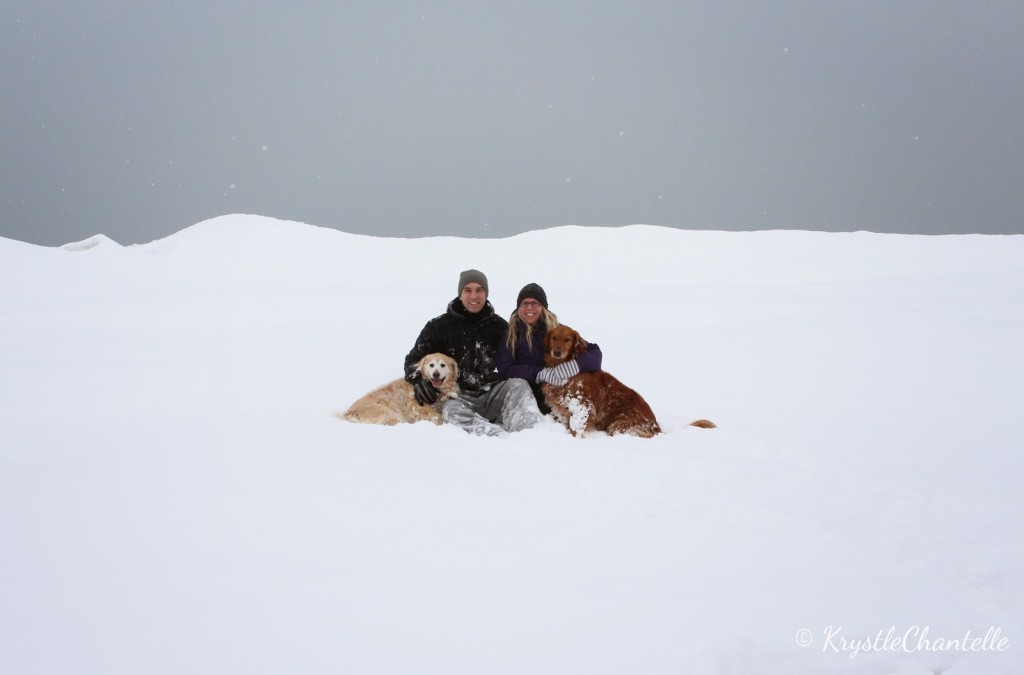 But, we try to make the best of it. Winter will come around every year whether we like it or not so it’s best to just suck it up and have some fun! 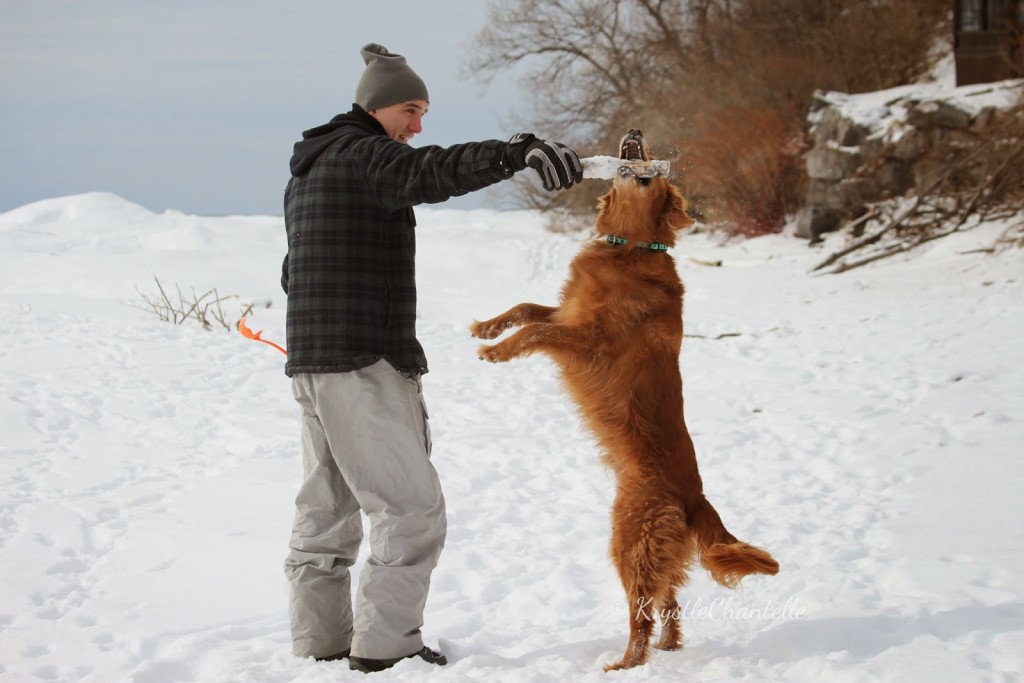 Hubby and I snow-suited up and had a blast hiking and playing with the dogs this week! With their thick, water repellent coats, they are built for this weather!  They love to run and roll in it and will try to catch the snow in their mouths as it falls! 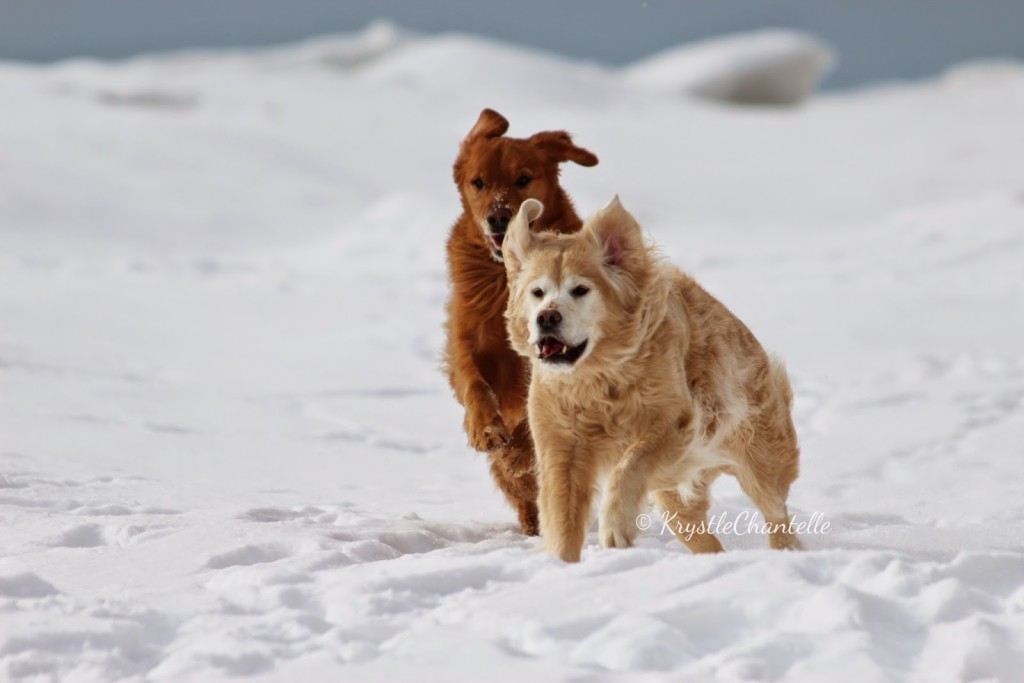 They had a great time digging tunnels, trying to find their ball, and attempting to catch the snowballs Hubby and I threw for them! And who says we’re too old to play in the snow too?! 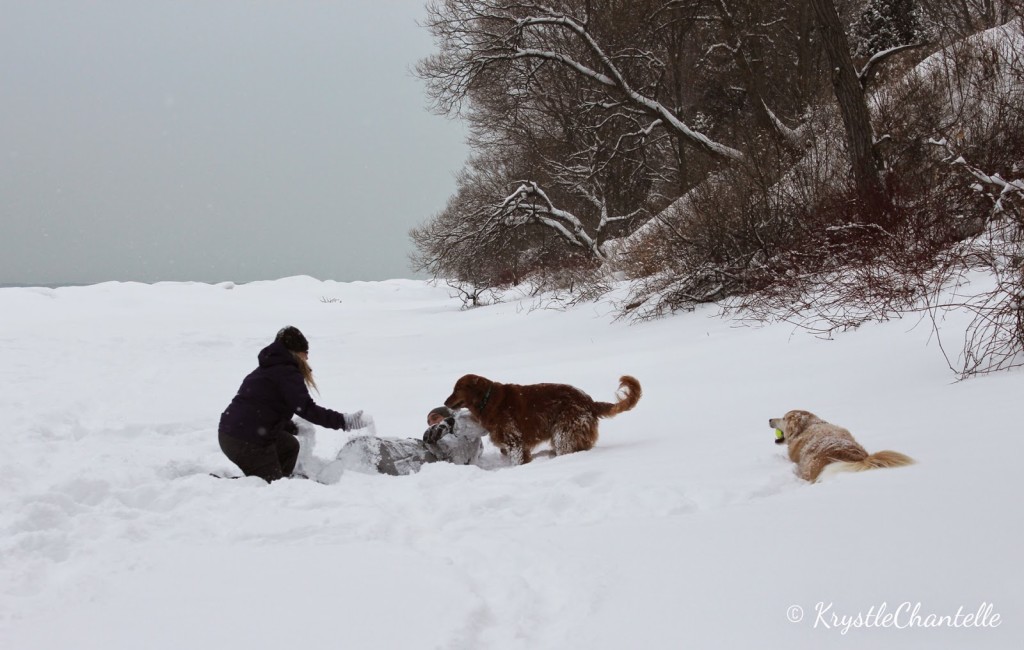 And of course, a fresh snowfall brings so much beauty with it! 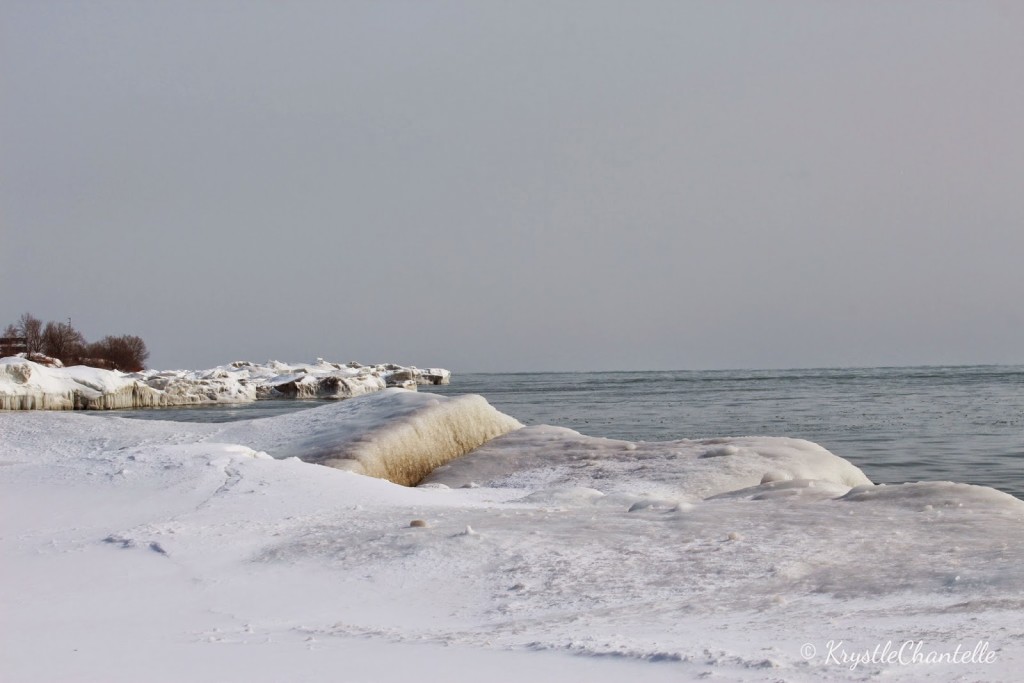 By the time we made it home through the knee high snow we were all exhausted and ready to cozy up in front of the fire with a good movie.

The Loveys Cook A Tofurky!

I’ve never been one for ‘fake’ meat although Hubby has dabbled here and there so when he suggested we pick up a tofurky this year I wasn’t really for it.  Especially since they were 30 bucks and we would be the only two eating it!  After talking it over, I figured there was nothing to lose.  If we didn’t like it, we never had to buy one again and with all of the other food I had already picked up, we didn’t need to worry about starving!

So when I got the tofurky home I realized that for 30 bucks you actually get a complete meal.  The tofurky was stuffed with dressing, it came with gravy, a basting sauce, ‘wishbones’ and even a chocolate cake dessert!

We made the tofurky as per the directions on the package.  I picked up some potatoes, carrots, onions and turnip to surround the roast.  When we pulled the tofurky out of the packaging the first thing we noticed was how delicious it smelt!  This was fake meat?!

Hubby and I put the roast in the middle of a casserole dish then surrounded it with the veggies.  We mixed up the basting liquid and dripped half of it over the roast.  I added some dried spices to the veggies as well as some fresh basil and sage.

We had to be at my Mama’s before the tofurky would be done but as she’s only two minutes away we set a timer and Hubby came back to finish the basting and carry it over, nice and hot.

The first thing everyone commented on was how delicious it smelt but only my Mother-in-law had the nerve to try it with us!  She said it couldn’t replace her turkey but that it tasted pretty good!  As a regular meat eater that was pretty impressive to us!  I can’t remember the last time I ate meat and it’s been about a year for Hubby and we both loved it!  I couldn’t believe how flavourful it was!  It didn’t have the exact texture of meat but it definitely exceeded my expectations!  Of course the rest of our meal was fabulous – mashed potatoes, gravy, stuffing, squash, carrots, beans….Mmmm!

For dessert we had a delicious vegan friendly apple pie to share which of course went over well – omnivores and vegans alike!

We had lots of leftovers which was perfect for the second Thanksgiving we had on Sunday and even some more to enjoy today….in fact we have at least one more day’s worth.  Definitely the best part of Thanksgiving!


Do NOT follow this link or you will be banned from the site!