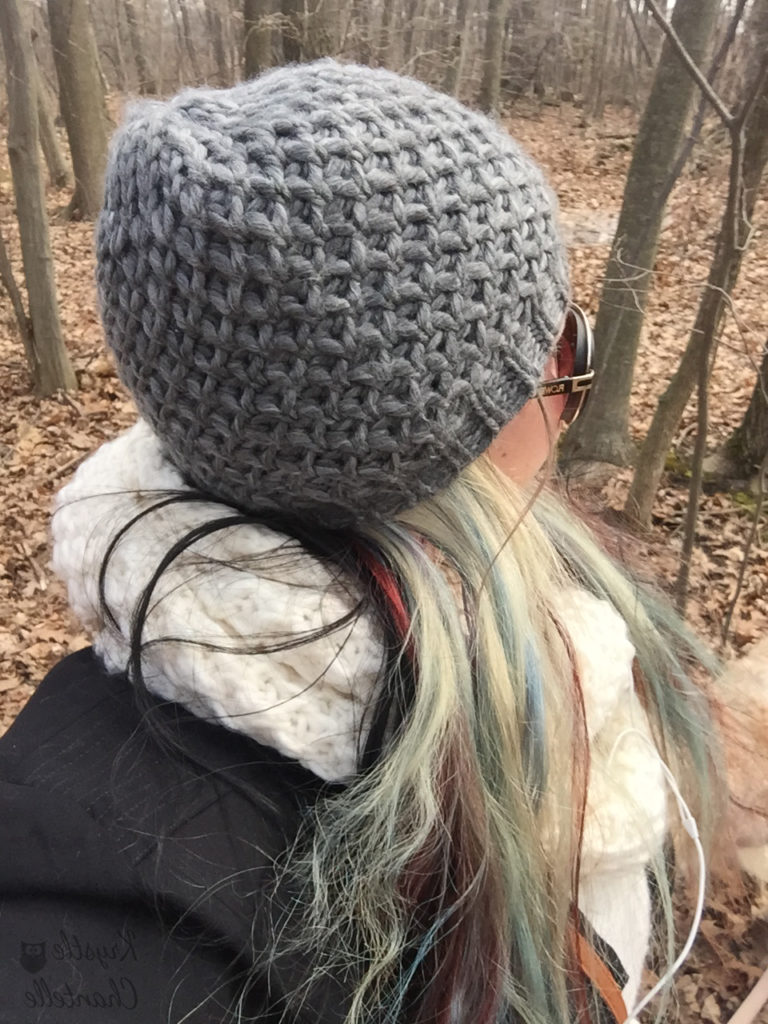 A few weeks ago I was walking the dogs mid-day around our neighbourhood. During this time of year I avoid the water front trails because the ice is melting off the lake and the trails themselves turn in to a snow-mud-pond-slushy mess. It’s necessary to keep our puppers safe and clean but also makes for a boring and monotonous outing.

Now we have lived here for almost four years and once I made a route in my head, I NEVER changed it. What can I say? I’m a creature of habit. I’m also a walking bundle of anxiety and even the simplest of new things can send me in to a spiral of panic. So I’m not sure what was going on in that brain of mine on this particular day, but when I got to the T at the end of the neighbourhood – where I always, always turn right – I went left.

The dogs bumped in to me, totally confused. They knew to go right because we ALWAYS 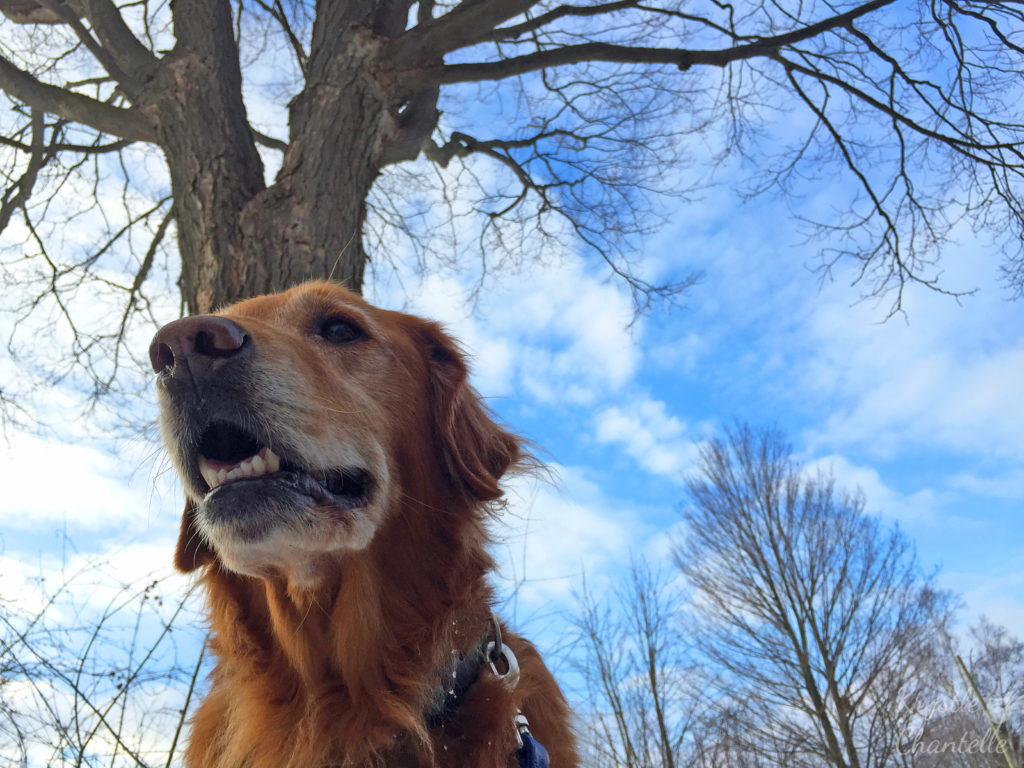 go right. I continued to veer left, calling them to join me. Once they realized we were going somewhere new, they picked up the pace and were practically pulling me down the street.

We ended up in the neighbourhood next to mine. It’s about 25 years older than ours with some beautiful, mature trees and unique looking homes. I took one street and then the next. I even stumbled on a small wooded area with some benches and walked through it. There were two squirrels chasing one another and a few birds singing away. I followed the trail which cut to yet another unfamiliar path. We took our time, taking in our new surroundings. Four years and I had never thought twice about what was down here. It was so close to familiarity that I could see the backyards of some of my neighbours and yet until this moment, to me, it may as well have not even existed. The dogs of course were thrilled to have new terrain to explore. We took one street which wound to the next and eventually back to the main road. Once we had ended back at the T, we continued home. 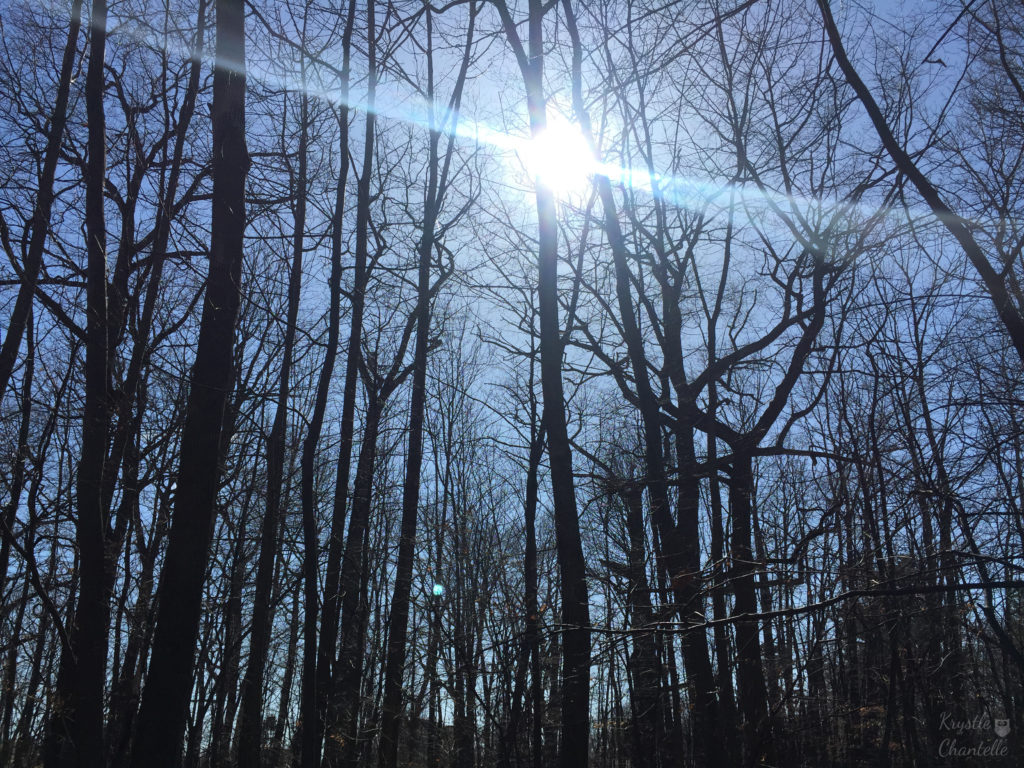 On the surface this may seem like such a mundane afternoon to blog about. ‘So what, she took her dogs on a walk’, you may be thinking to yourself. And it’s true, this was the same thing that I do every day, except that this particular day it wasn’t quite.

By the time we were back home, I had a big goofy grin on my face and actually felt exhilarated. Butterflies fluttering in my stomach, I resolved to change our walking route more often. That tiny, minute, last second decision to try something new had brought me joy, something that had seemed hard to come by recently with a seemingly never-ending Canadian winter. 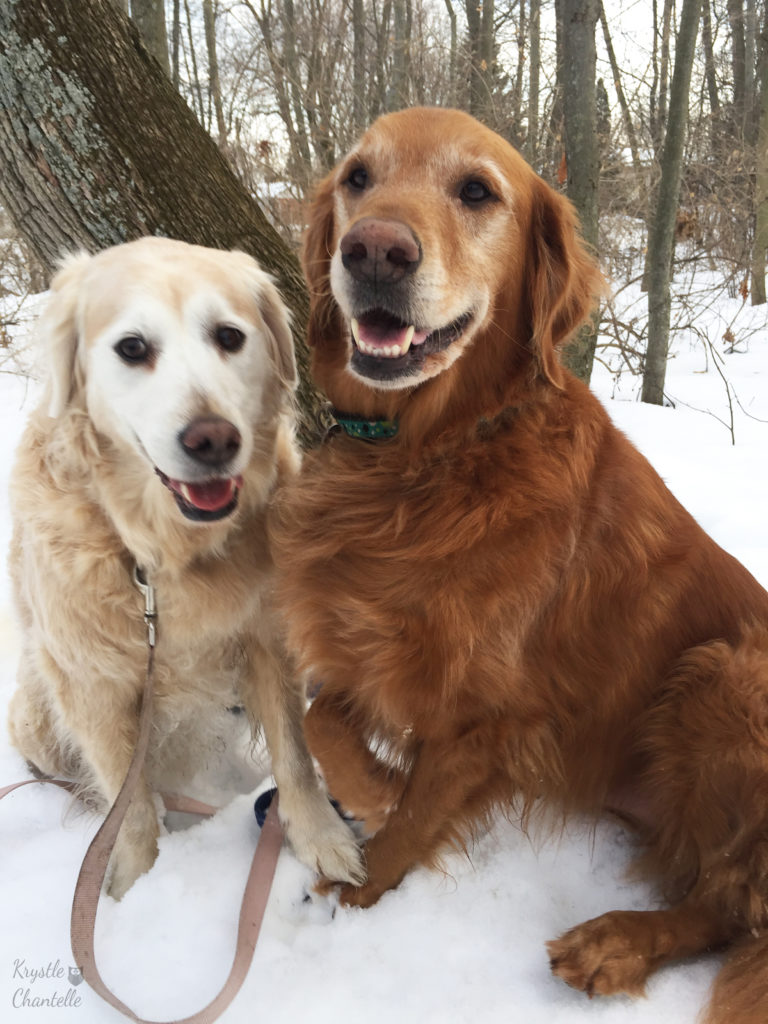 It brought the dogs joy too. They had a blast exploring new territory and even flew in to the house all giddy, looking for my husband, no doubt to tell him all about their adventures. Before anyone says something, no, I don’t actually believe my dogs can talk….although I do occasionally give them their own voices. 😉

Life gets busy and sometimes we end up on autopilot without even realizing it. We like to think we thrive on routine but if you don’t shake it up once in a while, you’ll never allow yourself to discover something new. Take it from me, even the smallest of experiences can be good for the soul.